A downloadable game for Windows, macOS, and Linux

August was just a boy when the Terracottan Empire destroyed his nation. Now many years later he finally sets out to do the one and only thing he still lives on for, the complete and utter destruction of the Terracottan Empire and its inhuman Homunculi masters. To weed out those who are guilty, punish the traitorous Noble Bisons who betrayed his kin and to kill every last Homunculus on Earth, or die trying.

Aided by a mysterious and ancient mask of immense power, he will venture deep into Imperial territory and challenge the forces of Terracotta on their very home turf.

Many perils await him.  Will he have the strength to fulfill his dream and avenge his people?

Blaze through rusty industrial architecture, past hives of stone and metal with passion and a smoking barrel and encounter life at its most vivid in Die Totenmaske.

This is our first game and was specifically made for IGMC 2017. We are a young team of people from all over the world who have randomly met online over our love for games and decided to make our own. This has been a great and impactful experience which has all of us grow together as people. We want to thank everyone who participated and plays the games made in this contest.

We noticed a bug about two hours into the game. We should be judged by what we submitted, but players who want to finish the game should not be held back by one missing file.
Drop this into the Totenmaske directory to install: http://www.mediafire.com/file/c18wx4zapbv2ebf/totenmaske-fix.zip
Following the contest, this fix will be added to the main download along with an extensive patch.

Soundtrack now available for free! You can get it here:

I really enjoy the art style, and the character designs, haven't gotten very far (I seem to die a lot) I find having each bodypart it's own... Character(I guess?) is interesting and is a very cool way to make only having one person in your team still FEEL like a full team.

A few problems I had though, Headbutt seems to do nothing but kill me, accuracy (at least early on, as stated before I haven't gotten far yet) is VERY bad I can't seem to hit anything, I wasn't able to use most items outside battle, but the only item it would show IN battle was the potion (I forget what it's called in-game) so after a few fights I wasn't able to use skills anymore (died almost immediately after) and while making it so you only lose if the head dies DOES make things a bit easier... There's no way to PREVENT things from targeting your head (that I've seen)

I don't mean to go on about the negatives, I REALLY enjoy it thus far (despite the... Difficulty) It's a really interesting RPG good job!

It means a lot to know you enjoy the atmosphere.

One thing of note is that items can only be used by specific classes. Try using the arms to use your stamina items and such.

There is a friendly merchant nearby to sell you some as well.

Torso also has some unique abilities to deflect fire from the head. Try to sprint more as well, makes enemies less accurate. As well as this? Rather than dual wielding guns I recommend using the right arm to stabilize the left with the ability of the same name.

Thanks so much for playing!

Oooooohh, use arms to use items, that.... Actually makes a lot of sense, figures I'd have never thought of it then! ;P 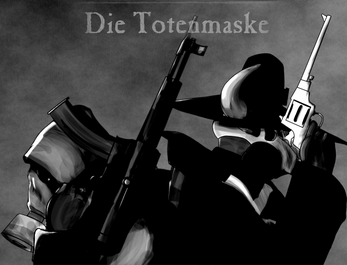 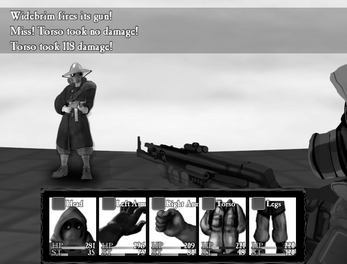 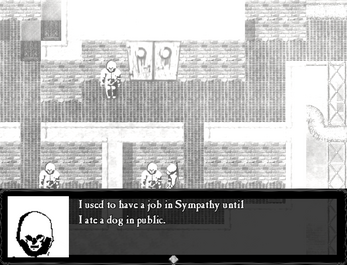 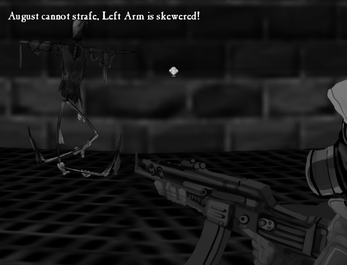 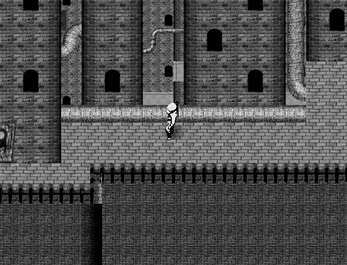 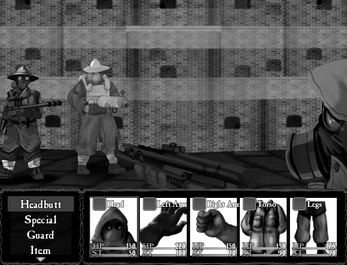 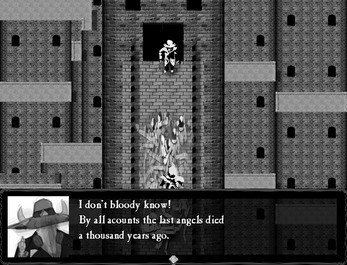